By protecting land, sisters leave a legacy and 'gift it to the planet' 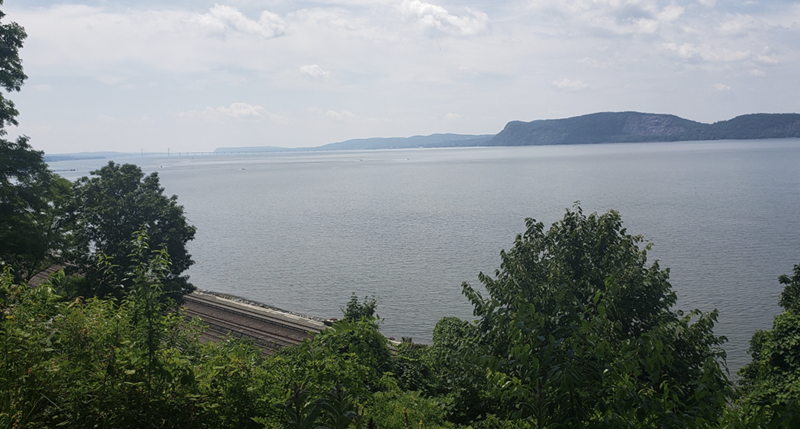 Written by Chris Herlinger in Earthbeat

Fall has arrived in the Hudson River Valley, a particularly beautiful time for a locale of forests, estuaries, marshlands, parks, hiking trails, bridges — and the mighty expanse of the Hudson River.

Protecting the ecological integrity of this land has been a mission for religious congregations with ties to the valley since the founding in 1996 of Religious Organizations Along the River, or ROAR.

The coalition has been active in education and advocacy on several key issues in the last 25 years, including fracking, the closure of the Indian Point nuclear power plant and, more recently, a proposed electric line under the Hudson River that would connect electricity providers in Canada with the New York metropolitan area.

"ROAR helps us as a group to think collectively as a faith-based voice in terms of our relationship to the Hudson River and its bioregion," said Sr. Carol De Angelo, director of the Office of Peace, Justice and Integrity of Creation for the Sisters of Charity of New York, one of the original congregational members of ROAR.

It also puts the river, and creation, at the center of the group's vision and activism. "We get to see Indian Point from the perspective of the river," rather than from economic interests that may do damage to the valley, De Angelo said. "We've been blessed to really have that kind of understanding."

The group maintains ties with international organizations, such as the global Laudato Si' Movement, as well as secular grassroots activists in the Hudson Valley.

Cornell believes ROAR's biggest accomplishment has been the decision by several congregations to preserve parts of their land through conservation easements, which protect land against future development even if it changes hands eventually. Some of the easements are on property along or near the Hudson River, which would be prime real estate for developers.

"That's huge," Marilyn Elie, a longtime local environmental activist, said of the easements. Without such protection, she added, development of those properties would have a lasting impact on Hudson Valley ecosystems.

READ MORE of this story, the fourth part of EarthBeat's special series "An Estate Plan for the Earth," about how women's religious communities are conserving their land for future generations. You can read previous entries here.