"If I hadn’t picked up the one"

Today Marie Constantin is a founding member of the Louisiana Stormwater Coalition (www.louisianastormwater.com) along with Dr. Jeff Kuehney, Renee Verma and Kelly Hurtado. The four of them run a grassroots effort to increase awareness about the benefits of permanently funding stormwater management programs as a way of combating flooding and litter issues.

One January morning Marie Constantin decided to take her dog for a walk along the shores of Capitol Lake in Baton Rouge, Louisiana, expecting to see White Pelicans, Hooded Mergansers and Ring-Necked ducks--all migratory waterfowl that fly in from such faraway places as Canada and the Pacific Northwest. While she was looking at the beauty around her, she saw a density of litter—mostly single use items—which seemed almost unbelievable.

The scene was surreal. The city’s untreated storm canals had turned the lake into a landfill. She was sad for the wildlife knowing they were living in a toxic soup of litter.

She knew it was wrong. Her Catholic faith taught her that life that is good and sacred and holy, this was wrong. Even so, she felt it was too much for one person because it circled the banks of two lakes and even more of it floated in the waters waiting for the water to recede or a wind to move it so it could get stuck on a shoreline.

Helpless as she was, there was one thing she could do. She recalled the lessons of St. Teresa of Calcutta. When St. Teresa looked at the sea of suffering humanity, she didn’t become paralyzed with the enormity of it all and do nothing. Instead, she set out to pick up just one person and one turned into two and two turned into three…. In fact, she once said, “If I hadn’t picked up the one, I wouldn’t have picked up 42,000.”

Marie had had the good fortune of traveling with Mother Teresa to photograph her and saw her talk to crowds numerous times. “I am not called to be successful,” she would tell them. “I am called to be faithful.” Her words were now making sense to Marie. When faced with the impossible, decide to be faithful. Just do the little thing in front of you and don’t worry about the rest. 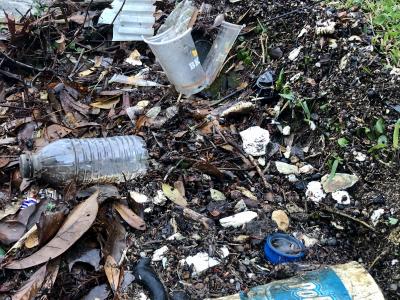 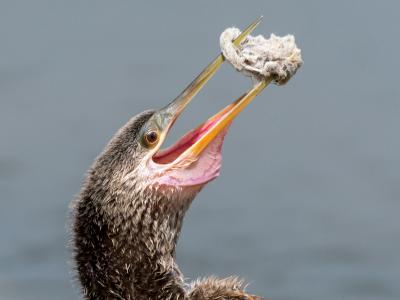 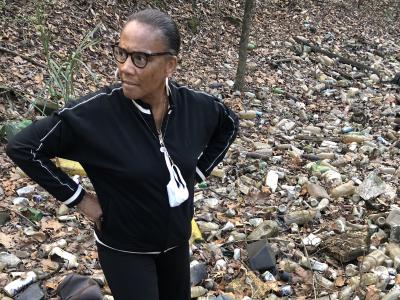 Armored with Mother Teresa’s words, she began picking up litter, one by one. On January 2, 2020, she headed out with a trash grabber and garbage bag. On January 3, she did it again. “For one hour a day I would begin right where I stood, heading clockwise, picking it up, photographing it, and posting about it,” Marie recalls.

She began posting on Facebook about what she was doing and why. “When I got to the end of a stretch of the southern shore, I figured I had one more hour of cleanup before I could post for people to come have date night down at Capitol Lake because the southern shoreline was stunning. I never got to make that announcement.” A big storm blew in that night and the next morning when she went to finish that stretch, she was stunned to see that the litter was back. Because there was so much litter floating in the lakes, the storm’s winds coming in from the north had piled up over 25 bags of litter in the stretch of lake where she had spent her first month cleaning.

St. Teresa’s words echoed again. Because her commitment was about being faithful and not successful, she found the strength to start all over and put out the call for people to join her. First it was young people in the neighborhood and close friends. Next organizations and groups began to help including Catholic institutions like Franciscan Missionaries of Our Lady University Intensive Care Earth club and Our Lady of Mercy Parish Heritage Girls. 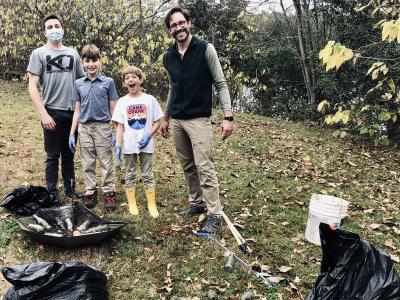 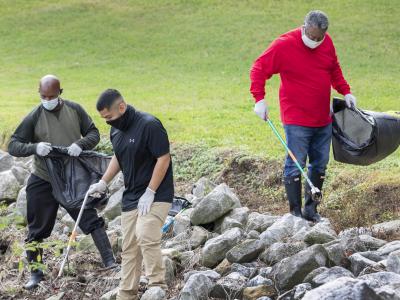 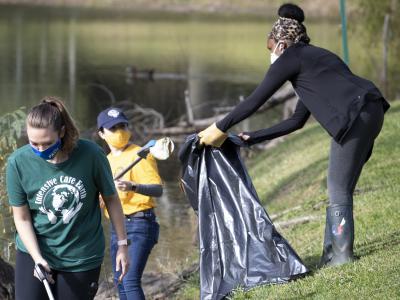 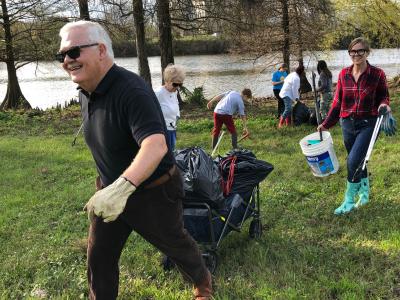 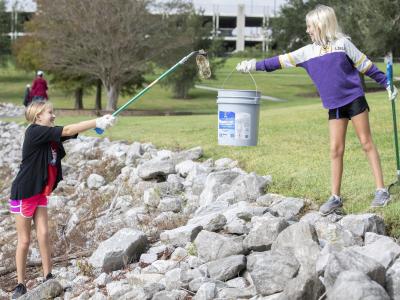 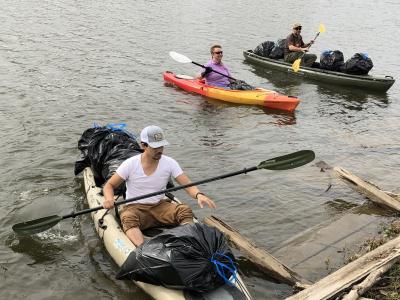 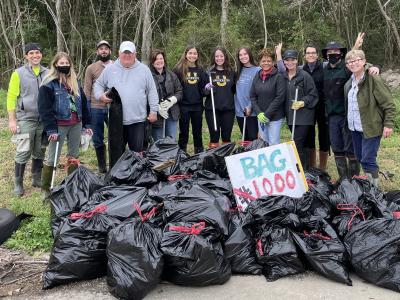 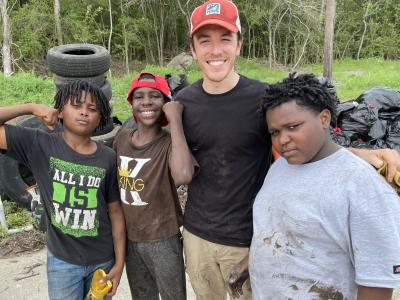 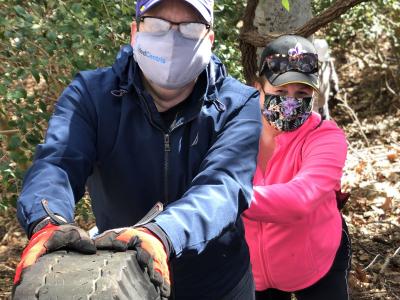 Marie began investigating the cause of the problem. She learned that 41 twenty-five-gallon bags of litter per month flowed into the lakes through the city’s untreated storm drains. That meant that in order to break even, we had to pick up 41 bags of litter each month. Cities that do not treat and manage their stormwater are causing problems in the watersheds -- our lakes, rivers, bayous, wetlands, and oceans. In places like South Louisiana, heavy rain caries litter to the storm canals and the canals flow into the watersheds.

During heavy rains there are “rivers of litter“ that causes what locals call “death by litter.” A diving bird goes down for a fish and comes up with his beak tied shut. In under a two-month period volunteers would photograph six birds facing death by litter, rescuing the ones they were able to secure - one of them as he perched dying—reduced to a frazzled pile of feathers--too weak from hunger to flee the volunteer’s bare hands.

Because of the constant inflow of litter from untreated stormwater canals, the volunteers literally cleaned both lakes 15 times and made them pristine twice while advocating for the equipment that would intercept the litter and flood-causing sediments. Because Louisiana is number one in rainfall, the state is number one in stormwater flood emergencies, littering the watersheds, delivering payloads of litter and flood-causing sediments though our untreated stormwater canals. 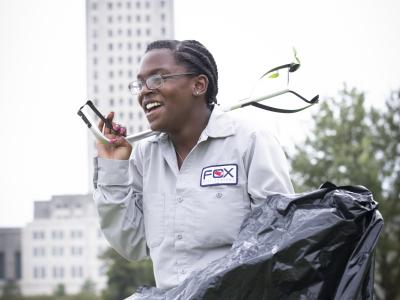 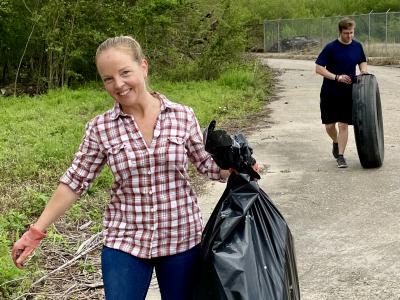 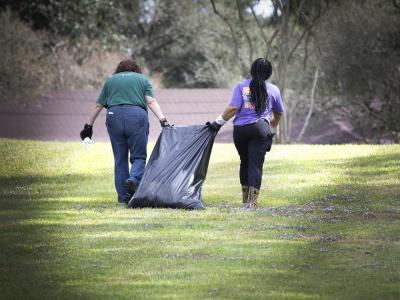 The world has an over-whelming challenge before us with climate change. As Catholics, we are called to be full of goodness and to respect all of life.

Mother Teresa talked about “sympathetic influence” and understood that if you cared deeply about the impossible and ignored all the voices that would paralyze you from acting, somehow you give others the courage to ignore the impossible too. We all just need a little jump start.

It wasn’t easy picking litter from the lakes. It was so polluted some thought it should be on a Superfund list. Clean up efforts at Capitol Lake sent volunteers sliding down steep banks. They fell onto the rocks. Mosquitos bit them. Snakes sent them running. Fire ants ran up their legs, biting them.

Swarms of Gnats bit them. Some volunteers fell into the lakes. some hacked their way to the litter with a machete. Some got poison ivy, some climbed into kayaks.

Never ever doubt the power of the sympathetic influence you are creating in your community when you decide to take action when you see something that’s wrong. 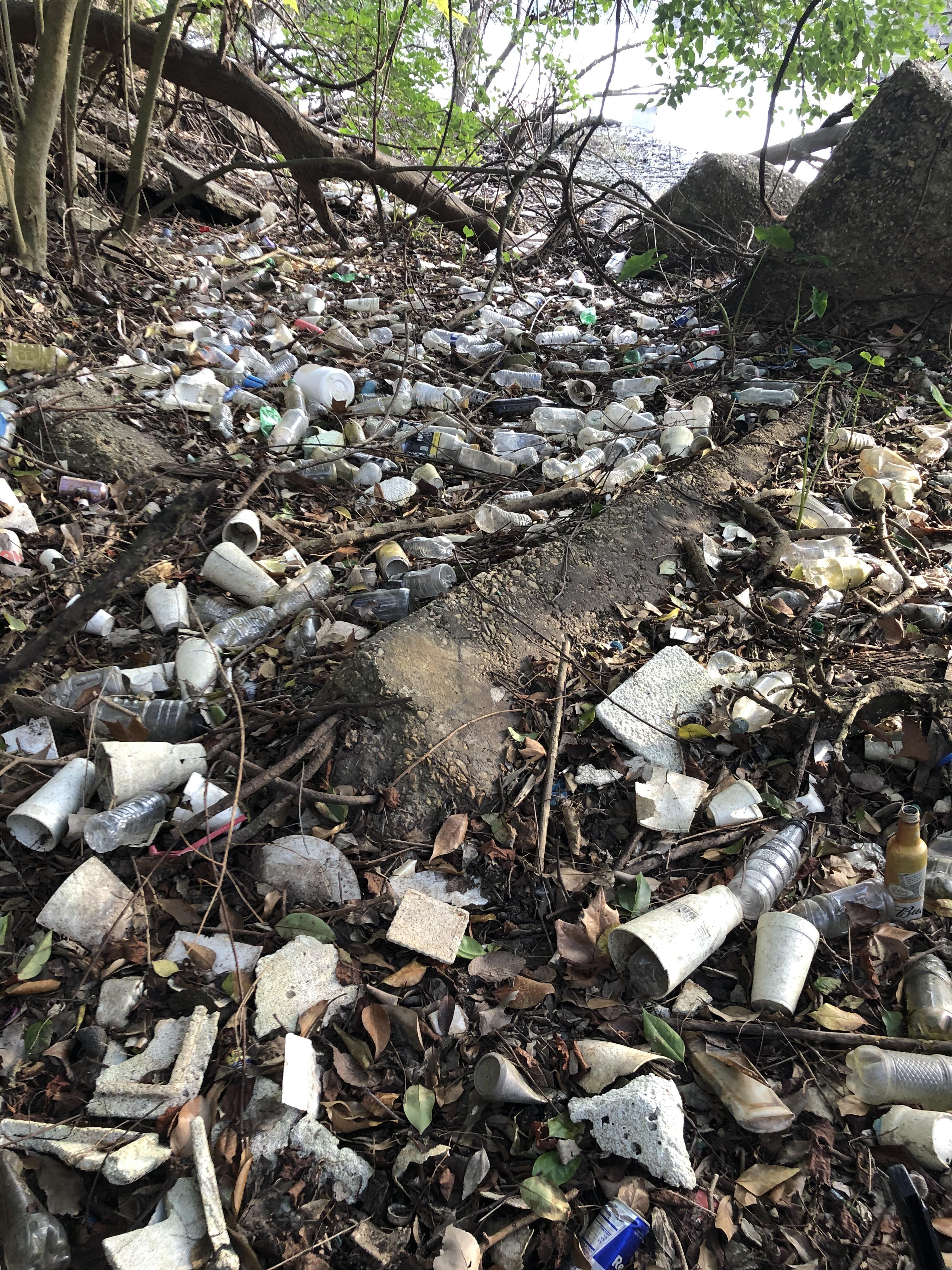 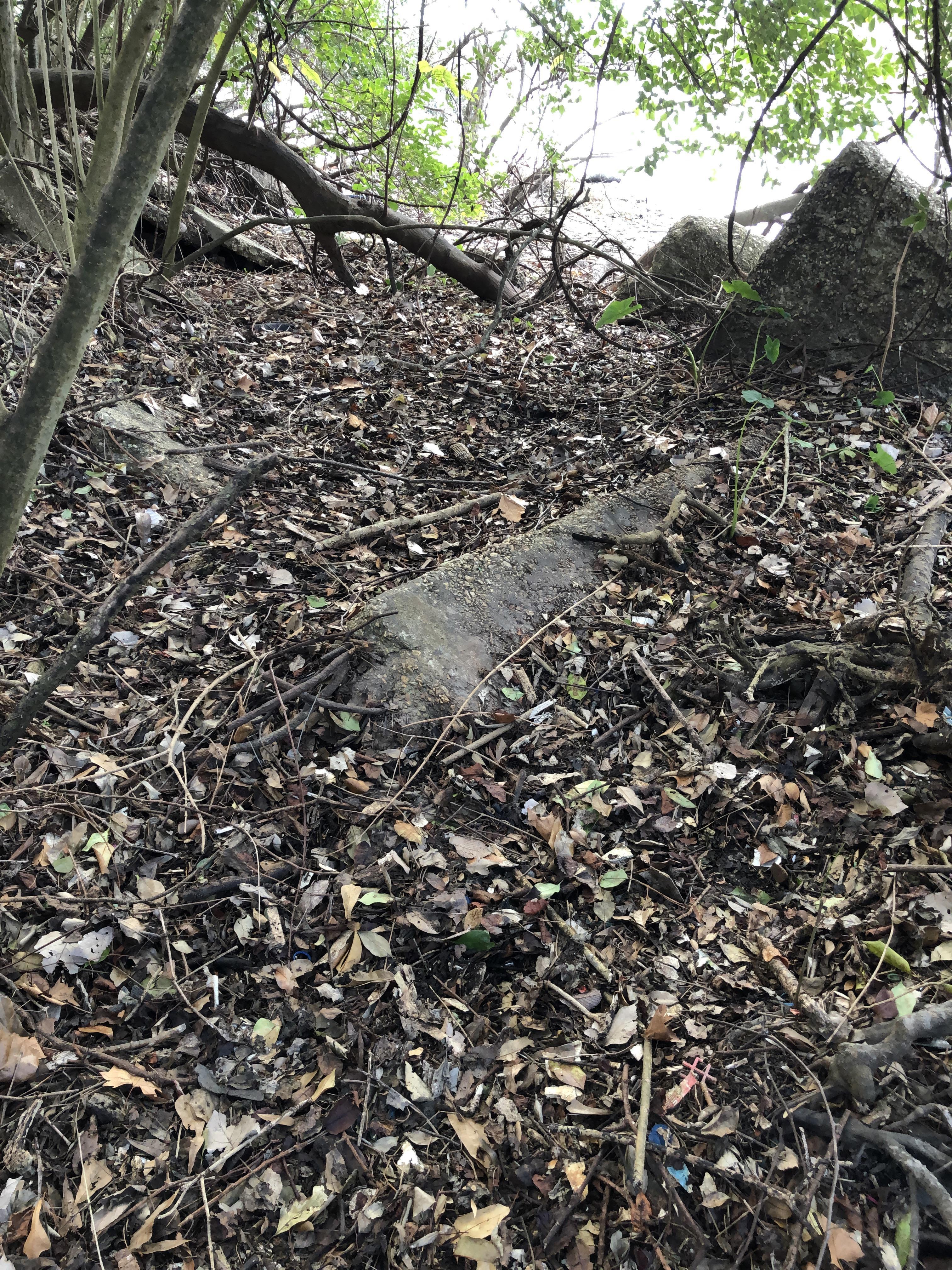