As scientists point to wildfires and severe drought across much of the American West, flooding in the Midwest, hurricanes in the South and other extreme weather as evidence of global warming's impact, CHA, its members and other Catholic organizations are ramping up their efforts to reduce carbon emissions. 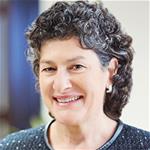 Sr. Mary Haddad, RSM, CHA's president and chief executive officer, said health care has a strong role to play in helping to halt climate change and in leading the way toward sustainability.

She noted that the sector in recent years has begun working to stop being a contributor to the heating of the atmosphere by curbing its use of fossil fuels and emissions of carbon. 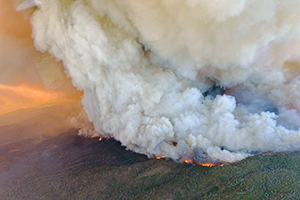 The McFarland Fire scorches a section of the Shasta-Trinity National Forest in Northern California in mid-August. In one day, the blaze turned 25,000 acres to ash, according to the National Interagency Coordination Center, a command hub where fire-fighting resources are mobilized. Scientists say global warming is worsening the conditions that fuel wildfires.

"We in health care have a responsibility to ensure that we do everything we can to help reverse the impact that we've already created and to take a leadership role in doing that," Sr. Mary said.

Mission alignment
She noted that countering climate change closely aligns with the Catholic mission of CHA and its member organizations. One of the core Catholic principles that guide CHA is providing a voice for those on the margins — this includes people who might otherwise have no say on climate change and who are also among the most likely to be adversely affected by the impacts of a damaged planet, Sr. Mary said.

"We work in common with other health associations, but our key focus, and what our members want us to keep focused on, are those things that are critical to Catholic social teaching," she said. "Those areas around caring for people who are poor and marginalized motivate us most around advocacy issues."

CHA has been working with Catholic health systems for several years to share best practices on sustainability and ways to act in partnership within communities to devise solutions to climate-related issues. Many of those efforts such as toxic materials management and sustainable purchasing are covered in the environment focus area of CHA's website.